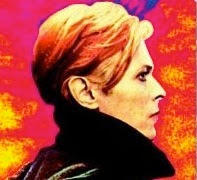 David Bowie is a an artist known the world over. Not just a rock star but a rock icon, idol, and living legend. Not only one of the most prolific musician / songwriter / singers, but one who has put out handfuls of classic, memorable, influential albums and songs in many genres; a one-man evolutionary chameleon, as his song "Changes" can be seen to suggest. Unlike other big artists, when asking a fan their favorite Bowie album or song, the answer would nearly never be the same. Best known for his earlier work as Ziggy Stardust and Aladdin Sane, or his later pop song period starting with the "Scary Monsters" album with hits, "Fashion" and "Ashes To Ashes", and progressing to his biggest splash on the pop charts with, "China Girl", "Let's Dance" and "Modern Love" from the "Let's Dance" album, it is, at first, easy to overlook some of his best work. That is where "Low" comes in. With it's subtle appeal, it takes its' time to work itself permanently into your body and soul. "Low" was the beginning of David Bowie's Berlin Trilogy, which, interestingly, actually began in Paris, France, and was produced, mixed and finished in Berlin, Germany. It was during this time of his Berlin Period that Bowie was kicking his cocaine addiction and had asked Brian Eno to join him, along with a select group of classically trained musician-friends. Brian Eno, you should know, is the synthesizer-songwriter extraordinaire, who began with Roxy Music, went solo and then moved his way through amazing collaborations with David Byrne of Talking Heads, U2, more recently, Coldplay, and is now solo again with his new release with legendary label, Warp Records. Brian Eno, who we will talk about in later posts evolved indie and electronic music with his amazing synthesizer work and has influenced many great artists we are big fans of. "Low" can be defined as an art-rock album combining avant-garde songwriting with groundbreaking soundscape synthesizers that carved a path for electronic minimalism many years before those words would be common in today's cutting-edge music. "Low" is divided into two parts, a vocal side A, and a (mostly) instrumental side B. Although I can almost guarantee the original album will eventually work it's magic on you, it may take repeat listens before you fully succumb to it's inevitable spell. It has grasped many listeners of many music styles and as an example of it's charm, is considered Nine Inch Nails' Trent Reznor and Moby's favorite album of all time, both, of whom, have given an homage to it in their own songs. It has been a big influence on me for a project of mine named Of The Arcane that I will post a few songs from sometime this year. This podcast / mixtape here is "Low Broken Radio", a compilation album of selected songs by artists all over the world, with the theme being that "You are stranded in your car with only your radio working, with every song a song from "Low", and each song a different genre, by a different artist, in the order of the original album". I should say that although it has an indie and electronic focus, don't be surprised to find gems, you will surprise yourself you like, touched by dubstep, rock, pop, experimental, jazz, and there's even a hymn of "Warszawa", my favorite song from the original. I believe it is a must-have for David Bowie fans and an interest for anyone trying to find really cool artists they weren't aware of, and for anyone who likes thematic tributes. And for those David Bowie collector's, I can assure you that many of the tracks on this podcast are exclusive and cannot be found on any other cd compilation or release. The Swerve, as well as Chairlift, Matthew Dear and many others we think you will like are featured on this podcast. I even got to vocal coach one of the contributions. After downloading, please email us if you'd like a Playlist. Enjoy!

Download the podcast on iTunes FREE by clicking here!

And for those that don't use iTunes you can download the podcast by clicking here!
Posted by Musica Phenomena at 12:12 AM No comments: 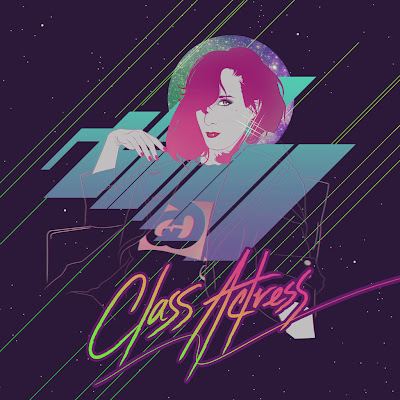 As I'm sure know by now, Class Actress are one of the great up and coming indie, electro pop acts hailing from the US. Fronted by Elizabeth Harper who's shimmering 80's influenced pop vocals and impeccable sense of style harken back to fond memories of Yaz and Human League while still managing to stay relevant.

Recently Italian producers Casa del Mirto did a stylish reworking of Class Actress' latest single "Weekend" which we felt was well worth a listen. Check it out below. 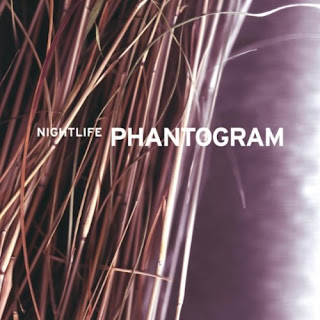 For those of you who are not familiar with Phantogram, Phantogram is an American electronic rock duo comprised of Sarah Barthel (vocals, keyboards) and Josh Carter (vocals, guitars), from Saratoga Springs New York. They're Wiki page describes their sound as "street beat, psych pop", but I'd be more apt to call what they do a mixture of Inditronica and Shoegaze. In any case this duo is definitely worth checking out and for a limited time iTunes has their new song 16 Years available as a free download, just click here.

I recently got a chance to see the duo live at The Fillmore in San Francisco and was taken by their mesmerizing and emotional collage of lights and sound. Phantogram give me hope for the future of pop music in a time when we are inundated with a sea of commercial mediocrity coming at us from all sides. It just goes to show you that eventually the cream does rise to the top. And so you know, Phantogram, is one of the seventeen artists featured on our first podcast, "Ghosts Of The Virgin Suicides", avaiable to download for free further down this page.

For those that don't have itunes you can check out this awesome clip of them performing the song live at "The Moog Sound Lab" below.

Posted by M Pereira and Michael Fierce at 3:31 PM No comments: