Some Ember's "Era of Wind" 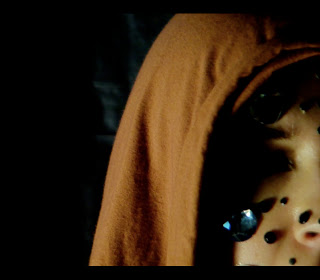 Some Ember is a project we've been following since before founder Dylan Travis of "Man Miracle" had even released their first song. Some Ember hearkens slightly back to the heyday of 4AD while still being very much it's own thing. Dylan's voice has an indisputable Brendan Perry (of Dead Can Dance) quality but that's where any similarity to DCD ends for the most part. Some Ember's music itself is so much darker, psychedelic, experimental and more haunting than anything by DCD. In fact his second and latest offering "Era of Wind" comes from such a deep, dark and introspective space that some may find it challenging as it may take them to a place inside themselves that they weren't expecting to go, as it did me. Never the less this is an extraordinary new project by a very gifted artist, we're interested to see where Some Ember goes next. Musica Phenomena will definitely be keeping it's eyes and ears on Dylan Travis but for now you owe it to yourself to download a free copy of "Era of Wind" below.

Posted by M Pereira and Michael Fierce at 4:55 AM